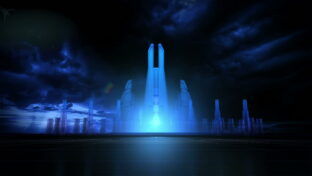 This OTRR Collection containing series in which currently only one or two episodes are known to exist — hence the name: “Singles and Doubles Collection”. Almost every type genre is included. Radio — called by some The Theater of the Mind — has been with us since 1920 when stations WWJ of Detroit and KDKA of Pittsburg made the first regular commercial broadcasts. The first program aimed at entertaining the unseen audience followed close behind.

Over the years since then, literally thousands of series have been broadcast nationally and thousands more in regional or local markets. Some endured for a few years, others for 20 or 30, and some unfortunately only had one episode broadcast. Of those thousands, some series saw some of their episodes saved for the future, some saw nearly all and others only one or two episodes.

While the goal of the Old Time Radio Researchers Group is to preserve radios past by collecting, and archiving as many different series as possible and making them available to the community, we do not want to let the series that only had a minimum number of episodes to survive go unpreserved for future generations. Most of the programs you will find here will be totally unfamiliar to you, but they are informative and entertaining nonetheless. From comedy to drama to cooking shows to music, you’ll hear it all here, and every episode will be unique and different. They run the gamut, from the middle 20s to the early 70s, all showing us a glimpse of the past, when things were slower and families gathered round the radio each evening. Times when each person was hearing the same thing, but created a different picture in their minds of what the characters looked like, the scenery, location, and most important the sounds. Sounds that each found a different meaning in, but one that entertained, educated, and made the world a smaller place, where you could hear those stories that in the past were told to just a few, gathered round the dinner table, at a campfire, or in small audiences, but now the whole world could hear and enjoy. Some of these episodes may be misnamed or misdated.

Stop by and thank The OTRR for the work they have done putting this collection together.