Old Time Radio Weekend is a collection of shows in various formats. You can choose the show that fits your mood as you peruse the collection. Our life today is complicated and stressful, allow old time radio to transport you to a world of carefree wonder. Below are dozen old-time radio shows with background noise

Golden Age Of Radio commercials will be familiar to many and new and refreshing to others. The Golden Age of Radio, also known as the old-time radio (OTR) era, was an era of radio in the United States where it was the dominant electronic home entertainment medium. It began with the birth of commercial radio 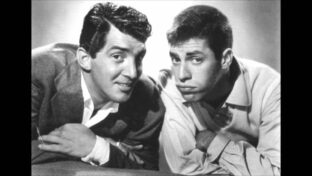 After losing The Jack Benny Program and Amos ‘n’ Andy from its Sunday night lineup to what had been called “the CBS talent raids” of 1948-49, NBC turned to the young comedy team of Dean Martin and Jerry Lewis, a pair “virtually unknown to a radio audience.” Reinehr and Swartz commented in their old-time radio

Benny had been a minor vaudeville performer before becoming a national figure with The Jack Benny Program, a weekly radio show that ran from 1932 to 1948 on NBC and from 1949 to 1955 on CBS. It was among the most highly rated programs during its run. Benny’s long radio career began on April 6,