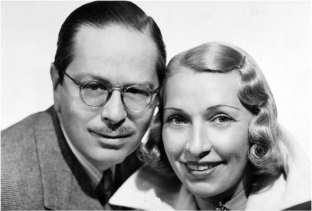 Easy Aces, a long-running American serial radio comedy (1930–1945), was trademarked by the low-keyed drollery of creator and writer Goodman Ace and his wife, Jane, as an urbane, put-upon Realtor and his Malaprop-prone wife. A 15-minute program, airing as often as five times a week, Easy Aces wasn’t quite the ratings smash that such concurrent 15-minute serial comedies as Amos ‘n’ Andy, The Goldbergs or Vic and Sade were. But its unobtrusive, conversational, and clever style, and the cheerful absurdity of its story-lines, built a loyal enough audience of listeners and critics alike to keep it on the air for 15 years. Get more detailed information at http://en.wikipedia.org/wiki/Easy_Aces.