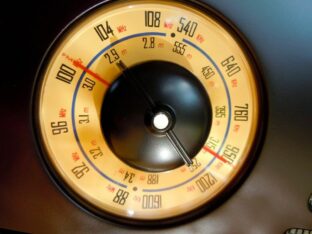 Broadway Is My Beat, a radio crime drama, ran on CBS from February 27, 1949 to August 1, 1954. With music by Robert Stringer, the show originated from New York during its first three months on the air, with Anthony Ross portraying Times Square Detective Danny Clover. John Dietz directed for producer Lester Gottlieb.

Beginning with the July 7, 1949 episode, the series was broadcast from Hollywood with producer Elliott Lewis directing a new cast in scripts by Morton Fine and David Friedkin. The opening theme of “I’ll Take Manhattan” introduced Detective Danny Clover (played by Larry Thor), a hardened New York City cop who worked homicide “from Times Square to Columbus Circle — the gaudiest, the most violent, the lonesomest mile in the world.”

Danny Clover narrated the tales of the Great White Way to the accompaniment of music by Wilbur Hatch and Alexander Courage, and the recreation of Manhattan‘s aural tapestry required the talents of three sound effects technicians (David Light, Ralph Cummings, Ross Murray). Bill Anders was the show’s announcer.

Stories came to a climax in the lonely hours just before dawn:

Broadway is sleeping now… the furious avenues of the night are still… only the sleepwalkers are there… the seekers, the sodden…