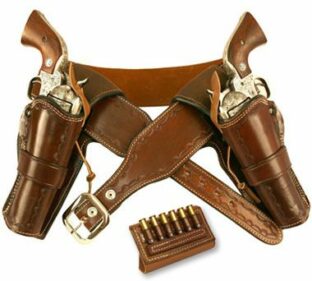 The Six Shooter brought James Stewart to the NBC microphone on September 20, 1953, in a fine series of folksy Western adventures. Stewart was never better on the air than in this drama of Britt Ponset, frontier drifter created by Frank Burt. The epigraph set it up nicely: “The man in the saddle is angular […]