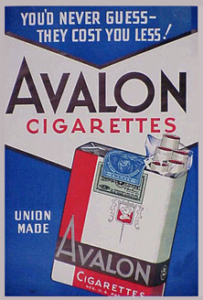 Avalon Time is an American old-time radio comedy/variety program that ran from 1938 to 1940 on NBC’s Red Network. The program was named after its sponsor, Avalon cigarettes. The program is often regarded as comedian Red Skelton’s first big break in show business and on radio. Red had been a guest on the program in